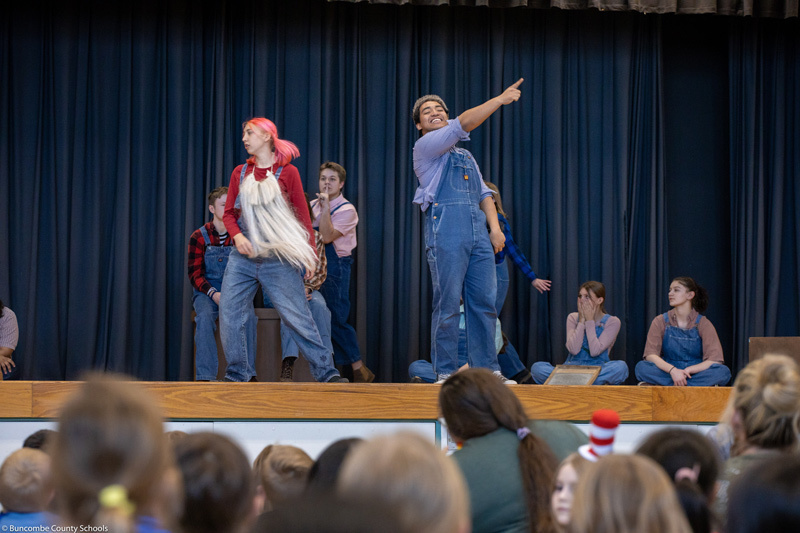 During their first schoolwide assembly in two years, Hominy Valley Elementary students found themselves immersed in the magic of Appalachian folk tales.

Enka High Theater Arts students have been traveling to all four Enka District elementary schools to perform “Tarheel Tales” – five short, dramatic sketches adapted from the stories collected by Richard Chase in “The Jack Tales” and “Grandfather Tales.” On March 2, the troupe visited Hominy Valley Elementary School (HVES). While performing “Jack and the Northwest Wind,” in the HVES gym, “Jack” (played by senior Patrick Nguyen) and other EHS actors bounded across the stage while the audience gasped and cheered. Loud “woo” sounds filled the gym as the audience waved their hands and tried to mimic the wind. During “The Big Toe,” the kids laughed out loud as a “boogie” with giant feet (played by senior Quay Patterson) emerged from behind the curtain and chased other actors around the stage.

“The experience was so amazing, seeing all these children who have never even seen a play before and seeing their reactions and excitement about our show and how inspired so many of them were,” Patrick said. “Traveling to each of these elementary schools proved more to me how beautiful theater is and how important it is to see this form of art at a young age! It was one of the best experiences I've ever had and will always remember!”

Musicians Adam Nash, Carlen Davis, and Bailee Brandon added a bluegrass backing that made the sketches even more exciting.

“It has been lots of fun playing lots of different tunes and playing in front of a live audience and hearing kids clapping along to the music, especially since moments like this weren't able to happen the past two years,” Bailee said. “I feel it was very important to not only bring our show to the schools but also a mini-concert to allow kids to experience a new kind of music that they had possibly never heard before. Especially in the mountains of North Carolina, that is how music is passed down, so I hope we were able to spark excitement and joy through our music!”

“I helped them cast and gave advice on blocking and spacing but they were able to put their interpretations on them,” she said. “I tried to give them as much responsibility as I could, and it has warmed my heart at how mature and professional they handled it all.” 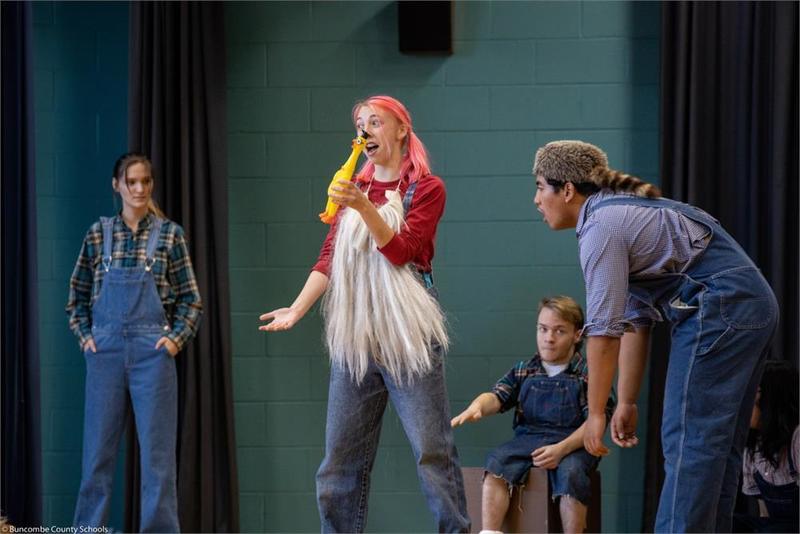